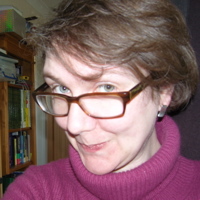 A personal view by Amanda Williams

Amanda Williams is a member of the NEC and works at the University of East Anglia. She was kind enough to offer these personal notes about her HE Sector conference today.

After a slightly contentious start (there are clearly some differences of opinion about what our industrial strategy should be) a good natured and comradely HE conference was enlivened by delegates inserting pop lyrics into their addresses. This was only beaten by delegate Jimmy Donaghey who in the pensions discussion really did utter the almost mythical AUT slogan that it was ‘time to rectify the anomaly’. Speaking in the debate on pensions, I stuck to the script I had prepared myself however without bursting into song.

The majority of motions were passed with no significant opposition and throughout the day the opposing voices were in general seeking to strengthen motions which were agreed in principle.

One item that caused discussion and led to a partial remittance (HE26) was that of the portability of REF outputs for which there are pros and cons.  This started a bit of a trend, the next motion HE27 was partially remitted as were a couple of later motions (HE41 and HE43).  Some of the issues leading to partial remittance are unlikely to have been solved by amendments but some of them might have been.  This begs the question whether motions later on in the agenda are less likely to be scrutinised for amendments and therefore more prone to needing partial remittance on the day.

It was a testament to the work of CBC and the Chair Joanna De Groot that all the business of HESC was covered before 6pm.  Now I’m off to the congress dinner ‘because I’m hungry like the wolf’.

Notes for readers: Today’s HE conference got through a considerable amount of business including motions on National and local action; Winning industrial action; Disputes at Manchester Met University; The Glass Staircase – (under)representation of disabled people at management level; Gender Pay in Higher Education; Capability policies; the campaign against privatisation; Teaching observation and assessment schemes; Funding and Widening Access to Higher Education; the Teaching Excellence Framework; Manchester Metropolitan University Compulsory Redundancies; the Use of Consultants in HE; a UK strategy for student-staff alliance; and Supporting Staff affected by Brexit.

All these should help guide the new HEC in carrying out our work over the next year.

Like the HEC, the FEC is certainly going to be busy.