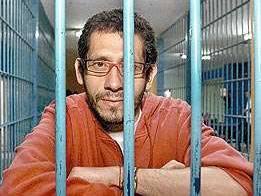 Dr Miguel Beltran – our colleague who needs our support

Those of us who were UK congress delegates in 2012 will remember the electrifying speech given by Dr Miguel Beltran, the Colombian academic who had been falsely imprisoned for two years on the charges of rebellion – a trumped up accusation due to his criticism of the Colombian government.

In his speech he paid tribute to UCU saying:

“There were moments when every door seemed to be closing. But your solidarity meant I did not feel alone. It gave me dignity and the strength to carry on.”

On 31 of July of this year he was once again arrested. The arrest came after the ruling which cleared Miguel of all charges was overturned, but in spite of the fact that a subsequent appeal with the Supreme Court is still in process. END_OF_DOCUMENT_TOKEN_TO_BE_REPLACED