It’s crucial that we have dependable, and hard working representatives of the union in these posts who can take our campaigns beyond the rhetoric, and who can represent our members and work strategically with our sectoral executive committees and full time officials to help achieve the best outcomes for UCU members.

We suggest colleagues vote for the following candidates – with a proven track record in campaigning for the union.

In HE, we ask you to vote for: Julia Charlton; Paul Errington and Joanna de Groot.

In FE we ask you to vote for: Rob Goodfellow, Dave Langcaster and Richard Bathgate

Below you’ll find some details of the candidates, and what they stand for:

“I have been a national pay negotiator of 2 years. I have been Branch Chair for 3 years (current) & vice chair for 2 years, acting branch secretary for 9 months, branch assistant secretary for 7 years, and so I have been involved in many successful negotiations with management. I have spent years negotiating with a group of executive committee members and university management where we achieved our preferred outcomes not theirs in the majority of cases, and have seen management at its worst and best. I have a placid and introspective temperament which I believe equips me well for the rôle of national negotiator for UCU. As a member of the NEC/HEC I am well informed about the issues of concern to the broader membership as well as my local branch and I am able to work collaboratively with others to achieve best outcomes”

Paul’s message to delegates is:

I have previously been involved at all levels of the pay bargaining process, local and national in heavy industry with the ASB union which amalgamated with the GMB. As a lead shop steward and negotiator I was instrumental in negotiating local and national bonus payments and other pay related enhancements. Through my union I undertook training in negotiation preparation gathering valuable information through consultation with members which assisted in many of our bargaining table approaches. I have been party to national negotiations up to and including ACAS conciliation/dispute resolution discussions. I also have had prior experience of negotiating local incremental pay increases and on call payments within the NHS public sector with realistic aims and goals. I have experience of developing strategies of action and tactics with other members of the negotiating team ensuring that everyone fully understands their pre-assigned roles and important aspect of any team approach to negotiations.

I was a UK-level negotiator for UCU in 2011-13, and again since 2014, participating in pay bargaining and in pay related working parties involving fellow unions and management. Previously I was a UK- level negotiator for AUT.  I have been a branch negotiator since the 1990s, dealing with the Framework Agreement, statutes and policies, equality issues and harassment, performance review, and grading and promotion issues, as well as casework. This gives me a range of experience, knowledge, and insight to bring to our pay negotiations, as do my varied contacts with members as a national officer of UCU. I am committed to using negotiating opportunities to their full potential to do the very best for members. I believe in maintaining active links between negotiators, elected bodies, and the membership as a whole in order to maximise our strength and effectiveness when we combine negotiation with campaigning .

Rob’s message to delegates is:

As previous Chair of FEC I was a national pay negotiator for two years and am well aware how the AoC conduct themselves. I will strive for the best deal possible on behalf of all FE members and ask for your support in this. As your outgoing national President I have fought hard on behalf of members and have considerable experience in negotiations at many local branches as well as nationally and internationally. If elected I will negotiate in consultation with members. 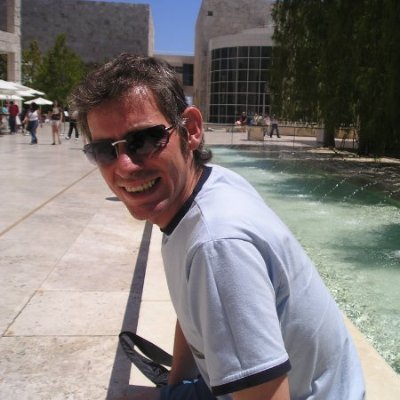 Dave’s message to delegates is

I have been a National Negotiator for the last year, having been elected at Congress 2016. I am branch secretary at Hull College where I have negotiated successful resolutions to 2 major disputes since 2015 – in the first dispute, I led the negotiating team that got management to abandon a punitive, graded, zero-notice observation policy, and also persuaded them to honour a pay rise agreed in 2014. In the second, the negotiating team pushed management into agreeing to no compulsory redundancy for UCU members in the last round of redundancies. I also negotiate for individual members, with casework that includes negotiating settlements for resignation due to ill-health and redundancy. Currently negotiating to prevent detrimental changes to a redundancy policy

As a national further education negotiator and past member of the Durham Mechanics Association affiliated to the NUM, I know full well the importance of serious negotiation backed up by a campaign and industrial action as and when necessary. When taking up employment in the sector in 2004 I immediately joined the union and found myself embroiled in a bitter dispute with management implementing drastic contractual changes. As UCU branch chair I have been involved in negotiations at local level protecting members from constant attacks on terms and conditions. As regional FE chair/E.C. Vice Chair I see it increasingly important as we move further into attacks on trade unions and the very existence of comprehensive F.E.

I offer my experience and commitment as FE negotiator.